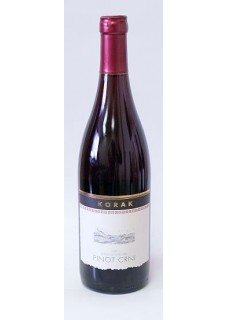 For many manufactures Pinot Noir is a challenge, since it requires a lot of work and effort, both in the vineyard and in the cellar.
In the French region of Burgundy it is said that it is much more than a superior grape variety  - it is a lifestyle.
The wine has a medium body and mild red tones with an enchanting aroma and refined texture.
The flavour is very rich, reminiscent of sweet grapes. It has a rare elegance for red wines.